We miss you, MaryAnn Geiger 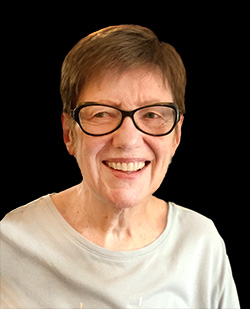 MaryAnn Geiger was born MaryAnn Bailey, daughter of Martha Lee Fletcher and Fred Bailey on October 29th, 1940 in Danville, Illinois. Her beloved sister Rhonda Hoernke and brother Richard Hoernke survive her and are living in Wisconsin, the state she chose to live to be with her newly re-married mother on her husband Elmer Hoernke’s dairy farm at the time of their birth. As mom put it in her memoir, “I am so glad that I made the decision at the age of twelve to really become a big sister to my younger brother and sister, who are very special to me.” Prior to her move, she lived eight years with her grandparents John and Mary Fletcher on a 100 acre farm outside of Crawfordsville, Indiana with her brother Bill Bailey. She always recalled those days with fond reverie despite the hard work farm life presented.

After nurses training at Methodist Hospital School of Nursing in Indianapolis and becoming a surgical technologist at Culver Union Hospital in Crawfordsville, Indiana – she married her first husband Gerald Jackson in 1963. The great personal loss of Gerald in 1972 due to an airplane crash right after their ninth wedding anniversary shook her; but her great sense of faith and strong network of friends and dedication to the nursing profession helped her to come to terms with her new mission in life.

After time, she opened her heart to love again. And married Philip Leroy Geiger. At the wedding in her memoir she wrote, “I was totally blown away by the number of family members there were. Phil had five brothers and two sisters. I thought that I would never remember all their names. His father was a Methodist minister, and his mom Kathleen was an extremely busy woman.” After the birth in 1978 of their son, Erik William Geiger, she soon found herself busy at their new homestead, a log cabin in Shelbyville, Indiana with three acres to tend to. Unfortunately, Erik’s High School graduation year was also the year MaryAnn’s dear husband passed in 1996.

A new mission once again did present itself on her 75th year of life however. In October, 2015 MaryAnn moved to Hong Kong to live on Lamma Island to be close to her son and lovely daughter-in-law Eva Yan-Geiger. With resilience and ever abounding positivity and faith she forged ahead making Methodist International Church and the spreading of Christ’s love her one true guiding light in whatever she did.

On May 10th, after living despite pancreatic cancer she left peacefully with the echoes of many multitudes of prayers carrying her on. May her joy in the little gifts God provided her along the way give you solace as you realize that probably you, to her were one of them.

In Remembrance of MaryAnn Geiger