We miss you, Aaron 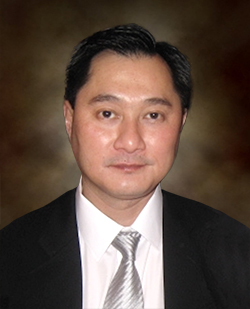 It is with deep sorrow to bid farewell to Aaron who will be sorely missed. He was such a gentle & kind hearted gentleman who leaves us with a lot of fond memories.

Aaron was brought to this world under typhoon “Wendy” (Signal  10) on September 1, 1962. He was the 3rd in the family with 2 elder sisters & 1 younger brother. He has deep relation with the younger brother  sharing common interest in playing model cars evolving to driving cars as they grow up.

He went to Canada in 1980 to attend high school and then move on to University of Guelph graduating with a Bachelor of Commerce degree majoring in Hotel & Food Administration.  During his University days, he also represented the University in Ontario’s provincial hurdle competition with great results.

After returning to HK, he joined the New World Hotel Group as a management trainee, spending various years in Renaissance HK Harbour View Hotel and New World Hotel.  He acted as General Manager for Two Macdonnell Road Apartment Hotels for 20 years before he retired in 2016. He developed amiable relationship with the hotel clients, especially the matured ones who regard the hotel as home.

Aaron has a daughter Caitlyn who means the world to him. They shared so many memorable moments together, watching TV, playing with the dog and travelling to so many countries on different activities.

After retirement, Aaron continues to share his management experiences with young employees of various industries on career counselling which was well appreciated by all.

Pursuant to the first diagnosis of tongue cancer in 2009 with major surgery, he has been clean for 7 years. Unfortunately, in mid 2016, he was relapsed with cancer for 3 times undergoing various radiotherapy, target, chemotherapy treatment sessions & surgeries, etc. continuously.

Aaron was a strong fighter for 4.5 years. In his 5 months of hospitalization, hospital nurses & our private nurses all found him such a nice, warm and gentle person and all gave him very detailed attentive care.

Meanwhile, so many friends & relatives constantly prayed for him over an extensive period which eventually touched him. He was baptized in his final days in hospital and left it in the hands of God to take him to  a nicer place in heaven.

Aaron, we will all miss you dearly but are confident you will be in the good hands of God.

Good morning, First of all, I would like to thank everyone for coming to celebrate the life of my father. Being honest, If he had known that so many of you turned out today, he probably would’ve gotten a little awkward and overwhelmed by this gathering, so thank you for coming. More so, I would like to wholeheartedly thank my father’s two older sisters, Yvonne and Irene, who have honestly and abidingly given everything in them and more to support, nurture, and comfort my dad over the past 5 years. From what I’ve known about my father’s childhood is that he grew up in a loving home, with a big family. Much of his youth revolved around family, and his few yet strong passions in life included sports — hurdling, high jump, volleyball, and fencing, as most of you that knew him are probably familiar with. He loved music, mixing music; he loved Formula 1 racing, especially Lewis Hamilton, and he also loved film. My father was fiercely devoted to his friends, his job, and most importantly, his family. My father was many things, and among all, he was an absolute fighter. Though he knew pain and suffering in a way most of us are blessed to have never endured, he never allowed that to undercut the selflessness and sacrifice he gave so willingly to others. Growing up as a little girl, I often asked him to tell me stories about when he was younger. Almost every story he told me was about a certain competition he had won, a record he had broken, or a story from his boarding school days in Canada. I never understood why, that every single time he repeated such similar stories over and over again. But it was only until I was older, when I realised how plainly yet passionate he was about those commitments. My dad was known to be a simple, lowkey, yet observant and analytical person — an absolute minimalist. He was the one that taught me best about how the simplicity of things was usually enough and perhaps better in life. He might’ve even come off as a quiet, conservative individual, with still a strong sense of humor. But I think that he was quite the contrast to the way he portrayed himself: he was nevertheless an emotionally- and empathy-driven person, in the most subtle way. He was the father who would put on a Disney t-shirt to carry my toddler self around the house because he knew I liked Disney; he was the father who would leave work meetings to watch my ballet classes and then leave quietly, just to not disturb me; he was the father who learned how to download all of Taylor Swift’s songs to his car just so he could drive me around with my favorite songs playing in the background. He was also the father who never expected me to change anything about myself, and instead, he was one of the few people that made me feel the most valued as a person and as a woman. He also demonstrated the same subtle love to everyone around him. He was the friend who went out of his way to help others, while still fearing to be of inconvenience to his friends, family, and colleagues; He was the alumnus who coached and mentored diocesan athletes generations after his own; He was also the patient who memorized the names of every single nurse who treated him over the years. With such discrete exhibits of this love, to the average person, one would easily overlook his acts of kindness. But knowing him, he was absolutely okay with that and he was more than satisfied with going above and beyond for the sake of others. This is one of his characteristics that I look up most to. He captured the essence of what it means to be honourable, to be realistic in the best way possible, where he didn’t continually strive for more, as if what he had wasn’t already enough. He taught me that respect and politeness transcend beliefs, upbringing, and differences in opinion. He also looked for the good in each person, and he usually found it. My dad makes up of who I am. Being a mere spectator of his struggles over the last third of my life, and seeing how much grit and desire he had to battle cancer, everything I want to pursue in life, and who I want to become is because of him. I would hope that everyone, as you remember who my dad was, that each of you truly take care of yourselves and appreciate the frugal, simple details in life. And what better way to honor my dad, than to follow this trait of his he demonstrated so well. And for Dad, Just as you love me, I have as well and always will love you, but it is God that has always loved you, even before you knew, and that is okay. You have leaped over the last hurdle of this race, and I hope you know now that God has waited for you and the end of each and every finish line you’ve ever crossed, especially this one. He has waited for you all this time to choose him; so, as you move forward towards Heaven, you have nothing to look back on, only forwards to God. Despite the unresolved wisdom, experiences, and time spent with you, I am only starting to grow the perspective to learn and appreciate who you fully were, and I will spend the rest of my life doing so. In the meantime, enjoy Heaven as you reunite once again with your parents and brother, and the rest of us will catch up to you soon.

In Remembrance of Aaron Yung